Our partner İsmet Tuğul graduated from Ankara University, Faculty of Political Sciences, Department of Economics and Finance in 1978. In the same year, he started to work as an assistant Sworn-in Banks Auditor in the Board of Sworn-in Banks Auditors at the Ministry of Finance where he passed the exam.
Mr Tuğul worked as a Sworn-in Banks Auditor between 1978 and 1996, prepared reports on the supervision of the Dutch banking system and the representative offices of Turkish banks as a result of the researches and examinations he carried out in the Netherlands between 1985-1986 for one year upon the duties assigned by the Undersecretariat of Treasury. He received a Master of Science (MS) degree in Economics from Northeastern University in the USA during the two years between 1988 and 1990, thanks to the overseas education provided by the Undersecretariat of Treasury. In 1992, he examined the Turkey Business Bank London Branch in the United Kingdom for 3 months and prepared a report on the accounts and activities of the Branch.

In 1996, Mr Tuğul was appointed as a Member of the Board of Directors of Türk Ticaret Bankası TAŞ. In addition, he served as Assistant General Manager and Deputy General Manager responsible for Loans and Legal Affairs at the Bank until July 2003. 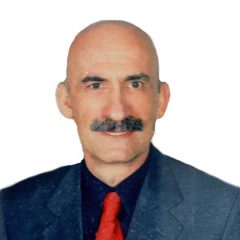 Get in touch
x
x

This website uses cookies to improve your experience. You can read more here Accept Read More. By continuing to use this site you are giving us your consent to do this.